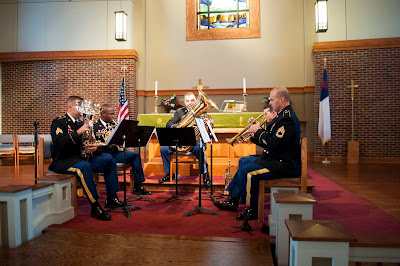 The very first Music at Messiah Classical Concert Series performance took place on November 10th, 2013, and featured the Arsenal Brass Quintet of the US Army Materiel Command Band.   The concert was underway at 4 pm with approximately 125 persons attending the approximately one hour long performance.

The program for the performance can be viewed here.

The Quintet jumped right into playing Rossini’s William Tell’s Overture from 1829 which put the late afternoon audience on notice that classical music compositions over time can take on modern identities as today most recognize the overture as the theme song to the TV show, the Lone Ranger.  The Quintet played several familiar titles including the frenetic Leroy Anderson’s “Bugler’s Holiday”, a few jazz themed compositions and Sousa’s less familiar, yet lyrical, “Fairest of the Fair.”  In the final song of the performance,  “Yesterday” by Paul McCartney,  the Quintet reminded the audience that modern music can also take on classical music identities under the artistry of arrangers and musicians alike.   In honor of our Veterans in attendance, the Quintet concluded by playing Service Songs and treated the audience to an encore of Sousa’s Stars and Stripes Forever.

After the performance many enjoyed light refreshments that were provided by members of Messiah Lutheran Church’s group, the “OWLS” and served on a patriotic, Veteran’s Day themed table scape which featuring soldier memorabilia, flowers and service flags.

Our next Music at Messiah concert will be Sunday, February 16th at 4 P.M.  The concert will feature “The Oboe Music of Michael Head” performed by Gary Parks, oboe and Ingrid von Spakovsky, piano.

Here are some additional photos of the inaugural concert.  We on the committee would like to thank our musicians and all who came out to attend this wonderful afternoon of music and fellowship. 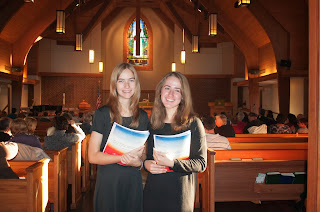 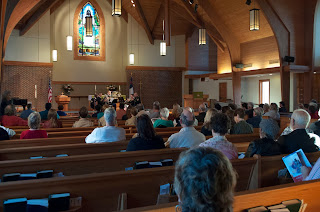 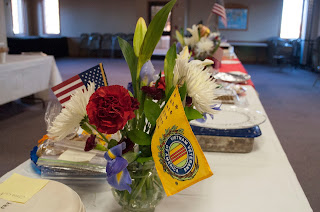 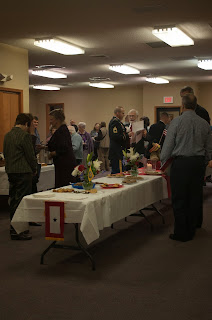 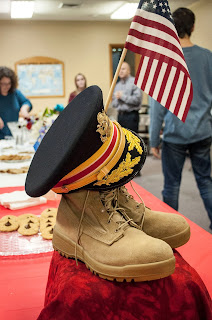